The Writery with Mary Dessein 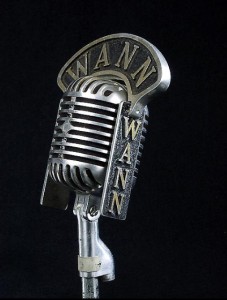 For over 16 years, ‘Global Griot: stories & music from around the world’ aired live every Sunday morning on KSER 90.7FM sharing stories, myths, legend, wisdom, folk lore, anecdotes, fairy tales, humor, romantic moments, the occasional pontification, and music from nearly every country around the globe, including stories from thousands of years ago, right up to today. In 2013, the ‘Conversations with Writers & Storytellers’ segments were added, which featured a conversation with a successful writer and a well-known storyteller each month.

As with everything, changes move us forward. Global Griot’s last broadcast was on March 29, 2015. The new program, born of Global Griot and following a similar format, is The Writery with Mary Dessein. The Writery will be found on the KSER home page, under the banner photograph, in the list of SoundCloud programs.

Yes, the tales will continue with the storytellers you have come to know plus new voices. And of course, I’ll be telling you stories.

Yes, the popular “Conversation” segments with both writers and storytellers will continue as well. A three minute ’short spot’ will air twice a week and tell you what I am doing that week in The Writery. When you go to the SoundCloud listing at KSER.org, and click on The Writery with Mary Dessein, you will see a list of The Writery programs and the dates they were posted. You can listen as many times as you want, for as long as you want! How’s that for a deal?

We plan to have The Writery up and available before the end of April with an edited version of the ‘Conversation’ with Mary Buckham initially aired January 4, 2015. Any questions or comments, please email me: Mary@kser.org or mary@marydessein.com

Thanks to Jon, we have a Facebook page:  www.facebook.com/thewritery.

Please join me – So many stories, so little time!