April 20, 2019
The Village at Granite Falls
Mary will provide background music during the Easter Family Brunch again this year.

April 10, 2019
Juvenile Detention Alternative Initiative site visit. Mary will be included in the presentations by staff, partners and funded projects in regards to each of their work with the youth.

January 12, 2019
Mill Creek Retirement Community-Cogir
Stories & music! “Twelve Animal Years” for the upcoming Chinese New Year, “Coyote Dances with the Stars,” music: Sing Hallelujah, I Wonder as I Wander, and a myriad of other delights Mary will be performing.

December 30, 2018
Labyrinth Walk
Genesis Global Spiritual Center
233 S. 156th St., Burien 98148
An open-to-all ceremony to help each person enter 2019 with positive intention.
9:30 meditation
10:00 Labyrinth Walk – some information about labyrinths, a guided meditation to identify your wishes and vision for 2019, then a walk into the labyrinth.
Mary will provide the harp music.

December 20, 2018
Blue Christmas Service
Evangelical Free Church
210 Ave B, Snohomish
A non-denominational service honoring those for whom Christmas may not be a happy time and gives them a place to reflect and be with that. Music starts at 6:45, brief thoughtful homily by Pastor Jeff, followed by candle-lighting – those who choose to may light a votive – starts at 7 p.m. Mary provides the music. Cookies afterwards~
No admission.

Juvenile Justice, Everett
December, 2018 – June, 2019
Mary will again be in Juvenile Justice telling stories and making music for the incarcerated youth, exposing them to other cultures, problem-solving, making decisions, and hopefully helping them tell their own stories~

November 4, 2018
Adam Miller House Concert.
A virtuoso autoharpist, master storyteller, and historian, an afternoon with Adam will be a rich one. RSVP me or on our f/b page, MLR’s House Concerts, for directions.

April – June, 2018
Mary will be in Juvenile Justice telling stories and making music for the youth, exposing them to other cultures, problem-solving, making decisions, and hopefully helping them tell their own stories~

April 22, 2018 David Roth House concert! Is another of our amazing events: 4 p.m at Rick & Lynda’s, north Snohomish. David is internationally known. His talent, tenacity and generosity are hallmarks.

March 4, 2018 Damon Buxton House Concert~
Damon is a contemporary classical guitarist and composer. He uses silent spaces, open tunings, natural reverb, and double picking to create a beautifully sparse and resonant sound in his music.
And he is just blinkin’ amazing. How many people have Neil Gaiman saying about them, “Nice, haunting guitar melodies, as if from the soundtrack of a foreign movie about death and first love.” He’s completed scads of wondrous CDs, his most recent is Another Sunday Drive

2017
I did a ton of things including the Far West Conference, some great Wit or Wisdom podcasts with Maire Atkinson (kser.org or on facebook), finished my award-winning CD, The Black Prince, produced fantastic house concerts at the home of Rick & Lynda Condon (Sheri Roberts Greimes, Larry Murante, Sean Gaskell!), and did some growing up.

September, 2016
“The Drug Bust” and other personal Stories. Shirley Routliffe, teacher, therapist, motivational speaker and storyteller! She wlll be doing a house concert in Snohomish on Sept 11 @ 4 p.m. and in Tacoma on Sept 10. Having performed across 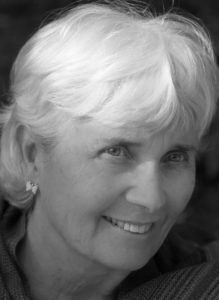 Canada and the U.S., Shirley engages audiences with her sparking humor and authenticity.
RSVP to join us for a delightful performance.

August, 2016
8/19 Friday – Mary will be guest host of ‘Passport‘ 7 – 8:30 p.m. on KSER 90.7FM  kser.org
“Get your global groove on” with Passport. Tonight you’ll hear Quebecois music of Yves Lambert and Garolou; the flutes of Gary Stroutsos, Troy de Roche, and Peter Ali; Echoes of Incas; Pearl Django; Michael Parent & David Holt and I’m not tellin’ who else as we traverse the international airwaves. Join me!

March 5 Dmitri Matheny Group ~ 7:30 p.m. at Tim Noah Thumbnail Theater, 1211 – 4th St., Snohomish.
Dmitri is a world renowned musician, composer, educator, producer, and flugelhornist! We are thrilled to have him return to the Thumb on his new CD release tour, Jazz Noir. Jazz Noir: mysterious, melancholy, and menacing. Get a front row seat!
Mary is MC.

January 30 Jocelyn Pettit Band 7:30 p.m. at Tim Noah Thumbnail Theater, 1211 – 4th St, Snohomish. Jocelyn is a remarkable fiddler, step dancer, and composer. She performs with ‘grace and passion.’ She and her band play traditional celtic music as well as Jocelyn’s terrific dancing.
Mary is the MC for this event.

January 17 Dana Lyons! House concert!  4 p.m. Sunday January 17 in Snohomish.
Dana is a singer, songwriter, musician, storyteller and fine human being. He’s performed just about every where except the Space Shuttle. His music covers the spectrum of folk, rock, & ballads from ‘Cows With Guns‘ to ‘The Tree.’  Join us, you’ll be delighted.
Suggested donation: $15 – $25, no one will be turned away.
RSVP to me so I can reserve your seat and give you address info.
Dana’s website www.cowswithguns.com

December, 2015
“Blue Christmas” Service 7 p.m. Saturday December 19 at Evangelical Free Church, 210 Ave B., Snohomish, 98290. “Blue Christmas” is a service for those that need space and time to acknowledge that Christmas, for whatever reason, is not a joyful time. A time and place to remind us that we are not alone. Music, candle-lighting, words from Pastor Jeff.
Music is by Mary. 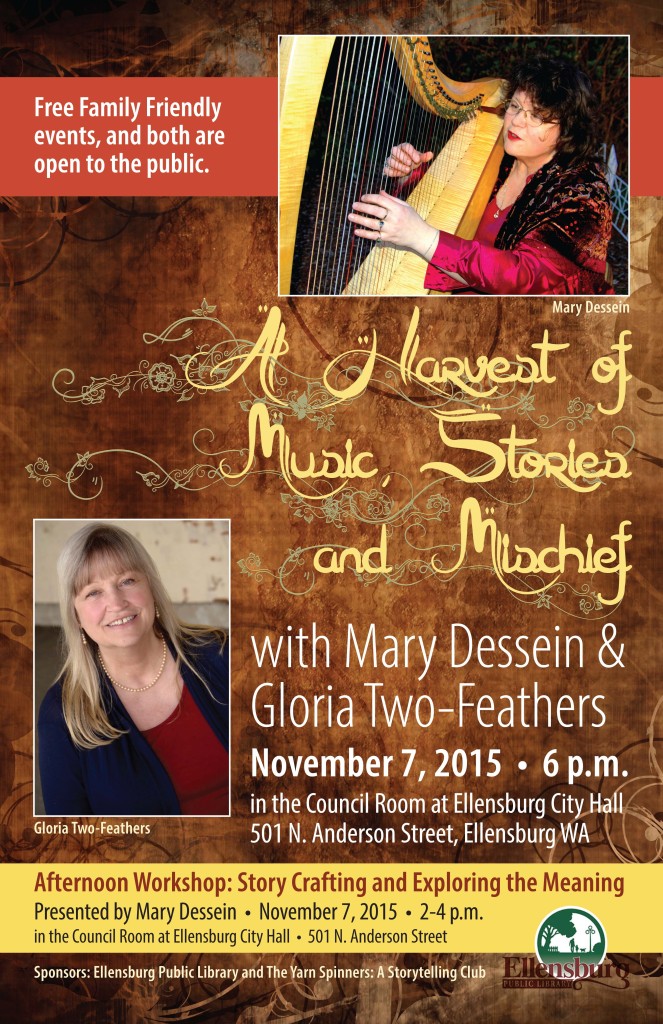 July 23 @ 7:30 p.m.  North Country Bluegrass with Nick Dumas, one of the most popular bluegrass bands in the Northwest and Gold Heart.  Tim Noah Thumbnail Theater.
– Mary is MC for this event.

March 29 – Grand finale of Global Griot: stories & music from around the world live on KSER 90.7FM and www.kser.org. Guest storytellers and antics. 9 – 11 a.m.

February 20-23: Performances in Victoria, BC